From Human Being to

The idea that a Human Being is a Cosmic Being in the making or in fact derives its intelligence from the creative universal source of all that is (and whatever that may mean), remains unheard of for many or a wild and spurious fantasy or pure speculation to others who have ever canvassed the notions, etc, etc.

The daily life of an ant is taken up with the special business of being an ant in his or her "neck of the woods".

Any idea of Mr. or Mrs. Ant doing anything outside of the ordinary for the world of ant consciousness, would probably send shock waves throughout the colony.

The patterns of thought - from instinctive to intuitive - to which all creatures are subjected and are programmed to from their infancy, are reflective of the specific stage of evolution or the "scheme of being" through which they/we are currently evolving.

The Great Human Ant it would seem, has mostly surpassed the evolutionary level of its littler brothers but of course as we know, the human creature still has a way to go in the vast "universal scheme" of things.

But what is the next evolutionary step for the Great Human Ant?

We have gathered some scattered "facts' about our past evolutionary processes of life on this planet.

Like the ant, we humans also get quite caught up in our own little worlds of being and experience. On the whole we also are slaves to the system of programming which our evolution has created for us to date here on this earth, depending on the location of our birth and tribe/ethnic group etc.

You Moslem me Christian; you black me white; you Afghani me Australian; you believe this, I believe that etc etc.

Why is this so?

Is it really possible for us as human creatures to break out of our local earthly/cultural/social programming and to find and become the identity which resembles a Universal Conception, one that gives us the freedom to be free of all these lesser notions and to be en rapport with the wider universal and eternal scheme of things?

Is it really possible to identify and undertake a truly universal education, one which informs us of our place in the eternal and infinite Matrix of Life from which we and all things have seemingly arisen?

Is it not a good time now in our personal and human evolution that we do this as individuals and as a species?

The idea that there is a Universal Self from which we all derive our innate intelligence is not a new idea.

The idea that we are souls and that the soul is the "eternal self" which was perfectly conceived in the Mind of God is also not new.

The problem that we seem to have here in this planet of existence, is that we have generated throughout our diverse racial histories, too many ideas and isms and not enough "facts".

So many religions, beliefs, systems, isms, truths and ideas have been evolved by our collective ancestors and these, quite necessarily so.

Taken all together today though, they are enough to give us one gigantic human headache, and that of course is precisely what we now have here on this planet.

Is it possible that we can get to understand what is really going on here and to discover or re-discover ourselves and our human lives in light of the cosmic patterns from which all and everything has been created?

I am a soul who has, in this brief life, had a certain overwhelming contact with this Kingdom of Universal Consciousness.

This contact came to me at age 31 (1977). It opened me through a staggering, yet perfectly natural "spiritual" experience, to the awareness of the ineffable bliss and conceptual perfection of our inner universal reality.

The path of evolution that we all are on is vast. It is a Cosmic Path.

The human level of consciousness like the ant, is just another through which we must pass on this vast journey.

The next step that we take as humans depends on just where our inner intelligence takes us!

more importantly, exactly where the universal patterns from which we are all derived are designed to take us.

The next evolutionary step for human beings is into the transcendent freedom of our universal consciousness and liberation from the patterns of human thought which currently bind us to our ant-like existence on this planet.

WE are escaping from our purely planetary dimension of consciousness.

Cosmic consciousness is a universal pattern of Being which completely transforms the human reality into the universal reality.

This is a powerful and dynamic transformation of being , which when fulfilled, is as distinct and different as the animal kingdom is from the human kingdom.

The Path of Self Mastery

THE PATH OF HIGHER EVOLUTION 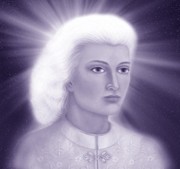 and it is at certain levels and stages necessarily no easy path, and not to be hastily or lightly undertaken.

If it is for you personally to go on and to seek beyond the mundane mortal and materialistic form of human life and identity,

or to take a further step into the great inner unknown to satisfy some deeper enquiry or inner need;

or to try to make some further sense of the universal source of our human nature,

then this website may have some meaning and interest.

For any who are treading the trackless way seeking the Philosophers Stone and Elixir of Life or whatever other personal investigations and journeys we may be on, we may meet here and there to impart some message or insight to each other.

We also may remind ourselves that in the end, it is really the same journey that we all are on.

In our own way we seek either to respond to humanity's need and/or our own.

In doing so we each contribute something to the ageless endeavour of humans for deeper meaning, and a more complete understanding of the